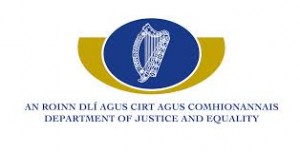 18 September 2015: Frances Fitzgerald TD, Minister for Justice and Equality has announced a series of changes to the licensing of firearms in Ireland.

This follows widespread consultation with key stakeholders and hearings by the Joint Oireachtas Committee on Justice, Equality and Defence on a report from a Joint Garda Síochána/Department of Justice and Equality Working Group published in November 2014.

The Minister thanked the Oireachtas Committee for their detailed deliberations on this matter and she further thanked An Garda Siochana and stakeholders including bodies representing rural and sporting interests for their proactive engagement during the Minister’s consultations.
Minister Fitzgerald stated: “It is clear that there are different, genuinely held views as to the approach which should be taken to the licensing of firearms in Ireland, particularly in relation to handguns.”
“I share the concerns of An Garda Síochána in relation to public safety and I am determined to prevent any proliferation of handgun availability in Ireland. However, I also acknowledge the dedication and responsibility of the owners of legally held firearms.
“I appreciate that certain measures must be taken in the context of the current renewal cycle for firearms. Accordingly I am today announcing a series of proposals which will address issues in the short term but also maps out the longer term future for a licensing system which balances the rights of those who wish to pursue their interests with public safety, which has to be the paramount consideration.”
Minister Fitzgerald therefore decided on the following series of measures:

Establishment of a new Firearms Assessment and Appeals Authority

The Minister has welcomed the Joint Oireachtas Committee recommendations in relation to the establishment of a national firearms control and advisory licensing authority and an independent appeals process in relation to decisions of An Garda Síochána.
The primary function of the Authority will be to determine, on the basis of an objective assessment of all the issues, with safety of the public being paramount, whether particular forms of firearms may be licensed in the State, whether there should be any limit on the number of such firearms and what safety conditions might properly be applied to their licensing. The functions of the Authority will be subject to further consultation in advance of the preparation of the necessary enabling legislation, which will be subject to pre-legislative scrutiny by the Joint Oireachtas Committee.
Individual licensing decisions will continue to be made by members of An Garda Síochána in the light of the determinations made by the Authority but it is intended that the Authority will adjudicate on appeals from decisions by An Garda Síochána. This will offer an alternative to the current system of court appeals.

The Minister intends to introduce an immediate temporary cap on the licensing of any new centre-fire semi-automatic rifles pending the establishment and determination of the Authority.

Legislation will provide for the revocation of any licenses issued between today
(18 September 2015) and the enactment of the legislation and it is intended that anyone applying for licenses of this nature will be informed of that fact.

The Minister has this week signed a new Statutory Instrument re-defining what constitutes a non-restricted handgun. This takes account of the Joint Oireachtas Committee recommendation in relation to the need to introduce secondary legislation in advance of the renewal of many firearms at this time.

The purpose of this legislation is to ensure that, while the Minister, of course, cannot interfere with individual licensing decisions, persons who currently hold licenses for handguns will be able to reapply for a license in the current licensing round. This legislation will clarify for An Garda Síochána what firearms may be considered by them for licensing.
The Minister intends to monitor the number of 0.22 inch rim fire calibre handguns being licensed. In line with her commitment to prevent any proliferation of handgun availability in Ireland, the Minister today announced that if there is a significant increase in the number of applications for new certificates or import licence applications for these handguns then she will introduce priority legislation for a future cap.
The current arrangements introduced in 2008 whereby no new licences will be issued for centre fire handguns will remain in place.

The Minister has welcomed the Garda Commissioner’s intention to establish a centralised licensing system for restricted firearms, pending the establishment and determination of an independent body to determine what firearms should be licensable.

Garda Inspectorate to review the administration of firearms licensing

The Minister intends asking the Garda Inspectorate to review the administration of firearms licensing by An Garda Síochána, following the establishment and operation of the Firearms Assessment and Appeals Authority.

The Minister has noted the Joint Oireachtas Committee recommendation that the Garda Inspectorate carry out an independent review of the current firearms licensing regime. Given the changes now proposed, it is deemed more appropriate to review the administration of firearms licensing by An Garda Síochána when the new arrangements are well in place i.e. 12 months after the establishment and operation of the Authority.

The Minister intends to re-establish the Firearms Consultative Panel to examine general issues of common concern which could include issues such as the establishment of a ballistic record of certain firearms, updated storage conditions for firearms and the reloading of ammunition.

There will be no changes to the licensing of shotguns and rifles which make up 99% of licensed firearms in Ireland.
Minister Fitzgerald stated: “These proposals are aimed at balancing public safety and the interests of licensed firearms holders. The new Authority will be best placed to make an objective and independent assessment as to whether we continue to allow certain firearms to be licensed and result in a more transparent licensing system. In the meantime all persons who currently hold licences for 0.22 inch rim fire calibre handguns can apply to have those licences renewed.”
Individual firearms licensing decisions have been and continue to be subject to judicial review. The findings of the Courts in relation to the law on firearms clearly can have implications for the implementation of proposals in this area.

· Garda Inspectorate to review the administration of firearms licensing

· No changes to the licensing of shotguns and the vast majority of rifles which make up 99% of licensed firearms in Ireland.