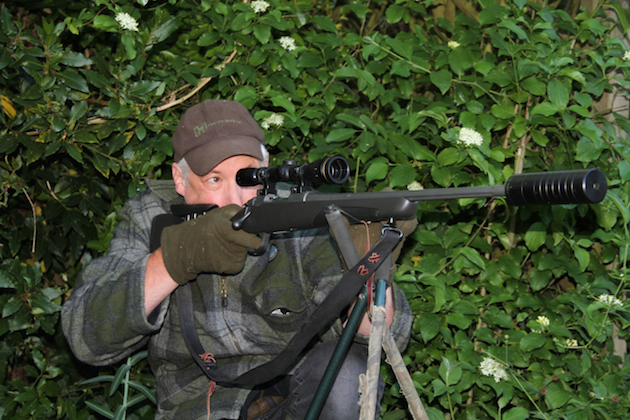 There are over 15,000 legal silencers for firearms in private hands in the State, according to newly-released figures, a 21 per cent increase in two years.

Silencers, which are sometimes known as “moderators”, are devices fitted to firearms to reduce the noise they make. In some instances they are also used to reduce recoil.

In Ireland they are typically used by farmers and vermin-control workers, and are becoming increasingly popular for the hunting of rabbits, deer and foxes.

Despite strict rules on their ownership there currently are 15,723 active licenses for silencers in Ireland, according to figures released to Fianna Fáil TD for Dublin Bay South Jim O’Callaghan.

In 2019 that figure was 12,953, meaning silencer ownership has increased by 21 per cent in two years. This is against a background of a broad decline in the number of licenses being issued for firearms.

Silencers are defined in law as “any devices fitted or capable of being fitted to firearms for the purpose of moderating or reducing the sound made on their discharge ”.

Anyone wishing to obtain a silencer must apply to their local chief superintendent and show they have good reason for owning one. Legally the devices are regarded as a restricted firearm in their own right, and illegal ownership is a serious criminal offence.

Illegal handgun silencers are sometimes used by criminal gangs in assassinations, including in several murders or planned murders during the Hutch-Kinahan feud.

There were 45 illegal silencers seized by gardaí between 2013 and 2017, according to the most recent figures available.

Licenses for silencers are most commonly granted for small calibre rimfire rifles used for hunting rabbits and other small animals regarded as pests to farmers. “This allows the shooter to shoot other animals who are not alarmed by the low report of the rifle,” a Garda guidance document states.

However, gardaí are discouraged from issuing licenses for less numerous and less social animals such as foxes.

The use of silencers for deer-hunting has become popular in recent years. Their use means a herd is less likely to flee if the hunter misses their first shot.

However, gardaí are advised they must take into consideration the safety implications of a silencer in areas where other people, such as walkers, foresters and farmers, may not be aware a firearm is being used.

According to the Garda guidance, shooters are also increasingly using silencers for target practice to reduce noise pollution. However, as ear protectors can be worn on firing ranges, “it is necessary to weigh the disadvantages of the use of a silencer against this benefit,” the document states.

“Ultimately it is a matter for the issuing person to satisfy him/herself that each applicant has demonstrated ‘good reason’ when seeking an authorisation for a silencer for their firearm.”

There are roughly 190,000 legally-held firearms in Ireland. This is down significantly from a decade ago when there were about 220,000.