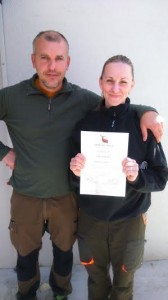 The following Candidates (21 in number) are deemed to be HCAP-Certified following successful completion of the Range Test stage of the HCAP process on 8th August 2015. 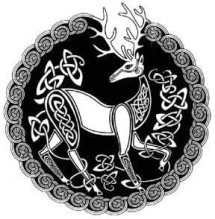 Following on its deliberations over the period to end of July 2015, the Irish Deer Management Forum (established March 2015) has issued its first set of recommendations to the Minister for Agriculture and to the Minister for Arts, Heritage and the Gaeltacht.The background to the establishment of the IDMF is set out in earlier postings here. Deer Alliance HCAP is represented on the forum by Liam M. Nolan. The following is the text of the letter issued to the Ministers respectively on 29th July 2015,

Thank you  for  referring  the  findings  of  the  interim  report  on  incidence of  Bovine Tuberculosis infection in deer in the Calary area of County Wicklow to the Irish Deer Management Forum. We convened a special meeting on the 15thJune 2015 to consider the findings and prior to this Mr. Barry Coad of Coillte and Dr Tim Burkitt of the National Parks and Wildlife Service had kindly carried out  research on our behalf into the density  of deer on State lands  within  the Roundwood area including areas adjacent to farmland in the Calary area. This density was found to be high with over 32 animals per 100 hectare. The IFA, through its representative on the Forum Mr. Tom Shortt, also carried out research on the economic losses to the Calary study area attributable to the continuing TB issue with an estimate of some Euro 1 million being presented.

The recommendations of the Forum to the Department in respect of the interim report are:

1. On the grounds of deer welfare both the Department of Agriculture and the Environment should work with landowners, land managers, hunters and wildlife interests to reduce both the density of deer (namely Sika [Cervus nippon]) in the Calary area of County Wicklow and the incidence of Bovine TB infection within the deer herd in that area.

3. Tom Shortt IFA has agreed to convene a TB in Deer Subcommittee of the Forum to provide integrated guidance and advice on this  opic in  Ireland, including on a plan for the Calary area, in conjunction with the Wicklow Deer Management Partnership.

4. The Irish Deer Management Forum considers that the incidence of Bovine TB in deer in the Calary area of County Wicklow area is a special case. It should not be taken as an indicator of Bovine TB levels within deer elsewhere in Ireland.

5. Some members of the Forum are concerned that in other areas of high incidence of Bovine TB in cattle there may also be infection within the deer herd and research should be directed by the Departments to a small number of other areas in consultation with the Forum

6. The IDMF’s recently formed Data Sub-committee has confirmed that there is no evidence to link Bovine TB incidence in deer in Ireland or the UK to Bovine TB outbreaks or persistence in cattle herds.

7. The Forum considers however that if deer and cattle share feeders for example the potential for transfer exists and this should be avoided.

Issued on behalf of 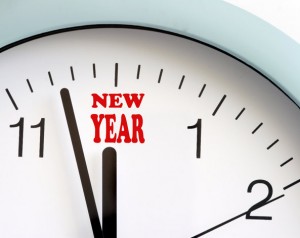 The HCAP Range Test taking place on Saturday 8th August 2015 marks the end of HCAP events for 2015. MCQ s and Range Tests are not conducted during the hunting season September to February due to deer management and other commitments on the part of the organising parties, also because inclement weather often militates against the holding of Range Tests. The next opportunity to participate in the HCAP Assessment and Certification process will be early in 2016 and full details of dates and venues will be posted here in due course. Applications will continue to be processed during this time. Application can be made at any time through the Online Applications section of the website. The Deer Alliance Stalker Training Manual is also available for purchase through the same Online Applications page.

Congratulation to all those Candidates who successfully completed HCAP in 2015. 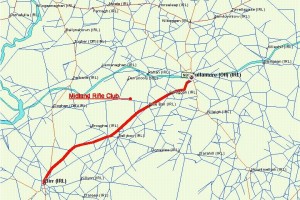 6: All Candidates are required to sign in at the main MRC check-in desk on arrival at the Range, and before proceeding to the Windmill Range on which the HCAP Range Tests take place, and to exhibit evidence of insurance and firearm certificate on request. No insurance, no Range Test; no Firearms Certificate, no Range Test.

a) All Candidates will be listed alphabetically (surname first) and allocated to firing details accordingly.
b) Each Firing Detail has up to 16 positions (up to 16 Candidates to each Detail).
c) The first Firing Detail will always kick off at 10 a.m. sharp, with approximately 45 minutes allowed for each Detail.
d) All Candidates are urged to arrive at MRC not later than 9.30 a.m. on the day of any Range Test, to allow time for registration procedures as set out above.
e) Thereafter, HCAP Range Officials will allocate positions on each Detail according to alphabetical order and actual presence on the Range.
f) Deferrals must be notified in writing (email or text message) to the Deer Alliance not less than 3 days before any Range Test. “No-shows”, i.e. non-attendance without notification, may result in loss of entitlement to complete the HCAP Certification programme.
g) The Range Test consists of accurate grouping of three shots in a four-inch circle at a distance of 100 metres, taken in the prone position; followed by accurate placement of six shots in the heart/lung area of a life-size deer target (two shots prone or sitting at 100 metres, two shots sitting or kneeling at sixty metres and two shots standing at 40 metres). Normal stalking aids may be used e.g. slings, bipods/tripods or stalking sticks. Candidates are permitted two attempts at the grouping target followed by one attempt at the deer target or one attempt at the grouping target and two attempts at the deer target.
h) After shooting, each Candidate, pass or fail, is given a slip with his or her name on it and indicating pass or fail, and attempts taken. This slip (pass or fail) must be presented to the HCAP Administrator Liam Nolan before leaving the Range in order to receive the HCAP Certificate and/or to register for any subsequent Range Test.
i) Candidates taking two or more attempts at the overall Range Test on any given day are required to pay a Repeat Fee of €25.00. The Repeat Fee if taking the Range Test for a second or further time on any subsequent Range Test day is €50.00. Repeats on the day of the Range Test are entirely at the discretion of the designated HCAP Range Officials.
j) Safety is paramount at all times and any lapse will be severely penalised. All Candidates are issued with the Deer Alliance “Safe Stalking” safety leaflet and. copies will be available at each Range Test. It is the responsibility of each Candidate to ensure that best practice safety procedures are followed at all times. 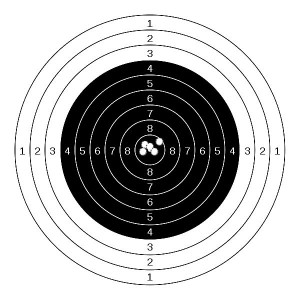 The following Candidates are eligible to participate in the HCAP Range Test taking place at the Midland Rifle Range, Blue Ball, Tullamore, Co. Offaly on Saturday 8 August 2015. All Candidates are reminded of the “180-day Rule”, which provides that Candidates are required to complete the HCAP process, including their Range Test, within 180 days of sitting their first MCQ. Failure to complete within 180 days without notice and reasonable excuse may require the Candidate in question to start the process again, including re-sitting the MCQ. As this is the last Range Test in 2015, Candidates unable to participate should ensure they advise Deer Alliance HCP accordingly in advance of the date.

Approximately forty minutes are allocated for each Firing Detail and Candidates can estimate their likely start time on this basis. However it is recommended that all Candidates be present on the Range from 9.30 a.m. as places will open up on each Detail where eligible Candidates fail to appear on time or at all.

Candidates are reminded that zeroing of firearms is not permitted on the day of the Range Test.

A full rundown of procedures followed at HCAP Range Tests together with a location map will appear here separately.