Press Release from Minister Jimmy Deenihan
Jimmy Deenihan, T.D., Minister for Arts, Heritage and the Gaeltacht  announced today (Monday, 22 October 2012) that the Kerry female red deer has been removed from the open season for hunting.     The removal of the Kerry female deer from the Open Seasons Order means that the hunting of both the male and female Kerry red deer species are now prohibited.
The Minister said “Kerry Red Deer are a unique feature of our heritage. The National Parks and Wildlife Service of my Department has been monitoring red deer in Killarney National Park and has recorded a significant decline in red deer density in recent years.   I have, therefore, decided that, in order to conserve the special lineage of red deer in Kerry, to prohibit the hunting of these unique species.”
The Minister also said he believed that hunters would support this measure and he was aware that some hunting organisations had urged his Department to take action to address the poor status of the Kerry red deer.     The National Parks and Wildlife Service of the Minister’s Department will be closely monitoring compliance of the initiative.
The Minister has also decided to commence a more general review of the Open Season Order for other deer species.  He said that “The last substantial change to the Open Season for deer species was in 2005 so I believe it is timely that a review is now undertaken.  I would ask that various interest groups partake in this consultation process as it is important that I have the views of a wide range of interests which will assist my Department in considering if changes are needed to the Order.”
The Irish Times and ireland.com have today 15th October 2012 announced that the ireland.com email service will be discontinued and withdrawn from its many thousands of customers with effect from 7th November 2012. As a result, the new email address for Deer Alliance HCAP effective immediately is deeralliance@gmail.com
Thank you.

As noted on an earlier posting on this blog, the closing date for submissions in relation to the Second Draft Discussion Document on the Deer Management Policy Vision published in September by the Inter Agency Deer Policy Group was 12 October 2012.

On the suggestion of the Wild Deer Association of Ireland, it was decided that a Joint Submission would be made incorporating the key concerns of the different deer organisations, together with Countryside Alliance Ireland.

The Joint Submission, compiled by Liam Nolan, was delivered on 12 October 2012 and is set out as a separate posting on this blog, for the information of all interested parties. 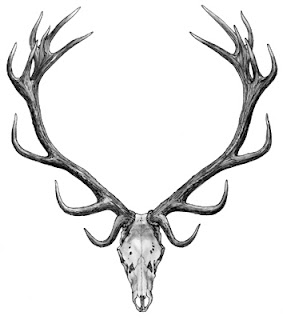